What is a Juul?

Since launching about two years ago, the JUUL has become one of the hottest e-cigarettes on the market. It’s been called “the iPhone of e-cigs” and it has gained somewhat of a cult following among young adults.

Electronic cigarettes are battery-powered devices that convert liquid into a vapor, which you inhale. So they can deliver nicotine like a regular cigarette, but without the tobacco, burning, or carcinogen-laden smoke — which is why they are generally thought of as a safer alternative. 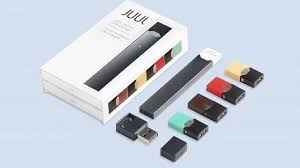